With a diverse set of skills and specialties, our dedicated and caring staff are here to make your experience comfortable and successful. 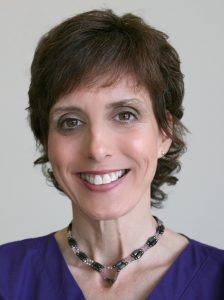 Kathryn, LPN, RVT, joined the Vascular Center of Northern Michigan in 2008 bringing along with her 18 years of experience in the vascular field. Kathy graduated from Mott Community College and then moved on to McLaren Regional Medical Center as an LPN. Later she pursued a career at Michigan Vascular Center in Flint, MI as well as St. Joseph Mercy Hospital in Ypsilanti, MI as a Registered Vascular Technologist.

Kathy developed a Deep Vein Thrombosis and Pulmonary Embolism case study which is used in physician presentations at McLaren Regional Medical Center and was also an active lab instructor at Baker College in Auburn Hills, MI for 5 years.

Kathy’s expertise in vascular studies include abdominal, carotid, arterial and venous duplex, dialysis graft and peripheral arterial testing (PAD) making her an excellent and delightful asset to our team.

Her professional experience includes all areas of vascular testing such as abdominal, carotid, arterial and venous duplex, dialysis graft and peripheral arterial testing (PAD). She is also experienced in vascular studies in the operative setting.

Annette is a well-rounded and experienced vascular technologist with great personalism to make your experience welcoming and comforting. We are thrilled that she has chosen to move her family north and join our team. 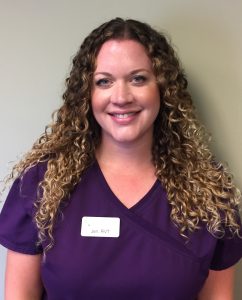 Jennifer, RDMS, RVT, has been with us since 2018 bringing along 10 years of experience in general ultrasound, obstetrics and vascular technology. Jen graduated from Ferris State University in 2008 with an Associates in Diagnostic Medical Sonography. She also has a Bachelors in Health Information System Administration which she completed in 2012.

Jen’s career began at Marquette General Hospital, refining her ultrasound skills and was also the Ancillary Clinical Instructor for Ferris State University in Obstetrics and Gynecology. After living in the UP for 8 years, she took her career around the country pursuing travel ultrasound for 3 years. Jen, being the family-oriented girl that she is, then decided to settle down in Traverse City.

She has now been a Registered Vascular Technologist since 2014 and brings great joy to our team with her smiling face and dedication to her patients. 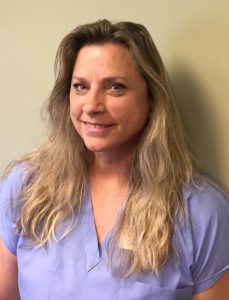 e, RT(s), RVT, joined the Vascular Center of Northern Michigan in 2018 with 13 years of experience in general and vascular ultrasound. Denise graduated from Baker College of Owosso in 2005 and started her career at Sparrow Hospital in Lansing, MI as a General Sonographer. She then applied on the job training and education to become a Registered Vascular Technologist in 2017.

Denise has excelled skills in scanning renal, abdominal, arterial, carotid, AVF and venous duplex. Coupled with an excelled skill set, including treating patients with kindness and compassion, she brings so much greatness to the team and we love having her

Sarah, R.N., brought her extensive nursing experience to the Vascular Center of Northern Michigan in April 2016. Sarah graduated with her nursing degree and became a Registered Nurse in 1999. She began her career in southeastern Michigan at Herrick Hospital in Tecumseh, MI. She worked diligently in Obstetrics/Labor and Delivery for 3 years before moving to the Emergency Department, where she spent the next 11 years. While at Herrick, Sarah developed an immense understanding of wound and critical care, as well as peripheral vascular disease and its treatment.

Sarah has traveled extensively with her husband, and her skills were polished at Holland Hospital Urgent Care in Holland, MI as well as at a rheumatology clinic in North Carolina. Her work as an Infusion Nurse is especially helpful when she works in the VCNM Surgical Suite, preparing patients for procedures and caring for them while in recovery. Her knowledge in a vast assortment of chronic conditions makes her a valuable asset to the Vascular Center team. Her husband’s career brought Sarah and the family pets to Traverse City, where all are enjoying the healthy outdoor lifestyle Up North.

Alisha, R.N. joined the Vascular Center in November of 2017. She graduated from Northwestern Michigan College in 2016 with an Associates Degree in Nursing, as well as an Associates Degree in Biology.  Alisha spent 8 years at a local long term care facility, which solidified her passion for healthcare and helping people. After changing her career to the hospital setting, she developed an interest in vascular disease.

Alisha and her husband have four children and reside in Traverse City. They enjoy anything outdoors and are active all seasons of the year.

Her enthusiastic personality and pleasure in educating patients on wound care, diet, exercise, and other health related issues makes her a very valuable team member.

Their experience and friendliness ensures you will have a welcomed visit to our office and they look forward to meeting you.