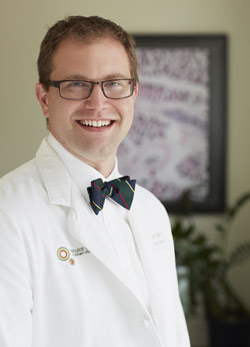 Dr. Boros specializes in Vascular and Endovascular surgery. Dr. Boros returned to Michigan after completing his Vascular Surgery fellowship in North Carolina in 2010. Dr. Boros and his wife could not pass up the opportunity to raise their two young sons in Northern Michigan, which allowed them to be closer to family. He is excited to have the opportunity to provide comprehensive vascular care in a community of this size. Since joining the staff at Munson Medical Center, he has been a very active member of the medical staff. He currently is the Chairman of the Vascular Department.

Post-graduate Education: Dr. Boros received his medical degree from St. George’s University in 2003. He completed his general surgery training at Michigan State University, Kalamazoo Center for Medical Studies in 2008. He then went on for surgical subspecialty training in Vascular and Endovascular Surgery at Carolinas Medical Center in Charlotte, North Carolina, which he completed in 2010.

Hospital Affiliations: Dr. Boros has been on staff at Munson Medical Center since 2010.

Advisory Boards: Dr. Boros is the Chairman of the Vascular Department. He serves on the Medical Executive Committee and the Surgical Department Peer Review Committee. He is also the Physician Champion for the Vascular Interventions Collaborative sponsored by the Blue Cross Blue Shield Cardiovascular Consortium.